An Open Letter to Mitt Romney 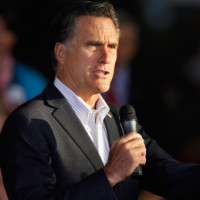 You first became a candidate for public office 18 years ago, when you ran for the United States Senate in Massachusetts against the incumbent, Edward Kennedy.  The Senate you aspired to join then included a number of Republicans—from Bob Dole to William Cohen to John Warner—whose foreign policy expertise had earned them the title of “statesman.”  They were joined by equally impressive Democrats—like Sam Nunn and David Boren—who had helped Presidents of both parties shape America’s foreign policy in the second half of the 20th Century.

All of them are gone from Congress now.  If polls are to be believed, the only remaining Senator from either party who readily fits into their company—who earned the title of “statesman” more than two decades ago, and who has played THE central role for the U.S. on arms control the past 30 years—is about to lose his seat today to a candidate that has charitably been described as a “tea party hothead.”

The shame of it is not that six-term Indiana Senator Dick Lugar is on the ropes because his lifetime 77 percent rating from the American Conservative Union is now judged as “too liberal” for the increasingly right-leaning politics of Indiana. That is a judgment for the voters to make.  The shame of it is that the challenger, state Treasurer Richard Mourdock, has been allowed to turn “statesman” into a dirty word.

He mocks Lugar for his work to build a bipartisan coalition to keep nuclear weapons out of the hands of terrorists, stating flatly that “The time for being collegial is past—it’s time for confrontation.”  Never mind that Lugar’s “collegiality” is what helped protect Americans from weapons of mass destruction for 36 years, or that Lugar actually served in the U.S. military while Mourdock avoided service and now believes that “some branches of the U.S. military might not be necessary in the 21st Century.”  In the new Republican party, America’s real enemy isn’t Tehran or Beijing—it’s the Democratic National Committee.   We’ve finally reached a point where the Tea Party believes its own bumper stickers.

As a World War II veteran who wore a Wendell Wilkie button to school and remembers when Republicans like Dwight Eisenhower embodied American foreign policy competence, I was willing to look past it when Sarah Palin called Africa a “country” four years ago.  I was willing to look past Minnesota Congresswoman (and Tea Party favorite) Michelle Bachmann’s assertion that her first act as President would be to close the U.S. embassy in Iran (which isn’t hard, since it’s been closed since 1980).  I was willing to give former Senator Rick Santorum a pass for implying that he wanted to go to war with China and bomb Iran; Herman Cain for appearing like he’d never heard of Libya; and Newt Gingrich for envisioning a foreign policy that extended to a colony on the moon.

But slapping Dick Lugar for being a statesman is a step too far.

Governor, now that you are the presumptive Republican nominee, you face a choice.  You can either give in to the ignorance and intolerance of tea party purists like Richard Mourdock, who threaten to make the Know-Nothings of the 1840s look like MENSA members by comparison.  Or you can engage in a wider, more intelligent discussion of the U.S. role in the world at this crucial moment in history, the way Republican statesmen have in the past.  There is no in-between.

If there has ever been a time to look past sharp elbows and public polemics, it is now.  China is a dictatorship without a dictator which owns an ever-increasing share of U.S. debt.  Russia is a democracy with a dictator undermining personal freedoms while threatening to destabilize Asia’s future.  India is a democracy without a real decision-maker.  Europe is a union without any real unity whose debt threatens a return to depression. Iraq and Afghanistan are wars turning to conflicts, as clashes over succession begin. Meanwhile, the Arab Spring has turned cold without any real stability in Egypt, Libya, or Yemen as Syria burns.

This is a serious time for serious leaders, not people who claim they can see Russia from their porch or whose foreign policy experience extends to eating Belgian waffles at the International House of Pancakes.   Americans deserve an honest debate about our role in the world.

For two centuries, people like Dick Lugar have understood the role that discretion and subtlety play in foreign policy.  When you’ve sat across a table actually negotiating the fate of thousands of nuclear warheads, as he has, you’re less inclined to throw out sound bites for the evening news, or issue swiping public positions that win big points with bloggers while backing you into a corner.

The Mourdock Doctrine is not about keeping America safe, it’s about making America stupid.  It’s exactly the kind of blind machismo that stumbled America into Iraq, mired us down in Afghanistan and believes the U.S. can go it alone at a time when every major issue facing our country—from organized terrorism to climate change to commodity volatility to global pandemics—can only be solved in cooperation with other nations.

It says a lot about Richard Mourdock that the one ad playing on endless loop in Indiana right now features two clips of President Barack Obama, one with him saying, “I’ve worked with Republican Senator Dick Lugar to pass a law” and the other, “What I did was reach out to Senator Dick Lugar.”

In both cases, the clip ends before any context is provided.  But if you play the full video, in the first clip, the President says, “I’ve worked with Republican Senator Dick Lugar to pass a law that will secure and destroy some of the world’s deadliest, unguarded weapons.”  In the second, Obama says, “What I did was reach out to Senator Dick Lugar, a Republican, to help lock down loose nuclear weapons.”

Governor, before people like Dick Lugar came along, American schoolchildren practiced putting their heads under desks.  Don’t side with the people who now want us to put our heads in the sand.